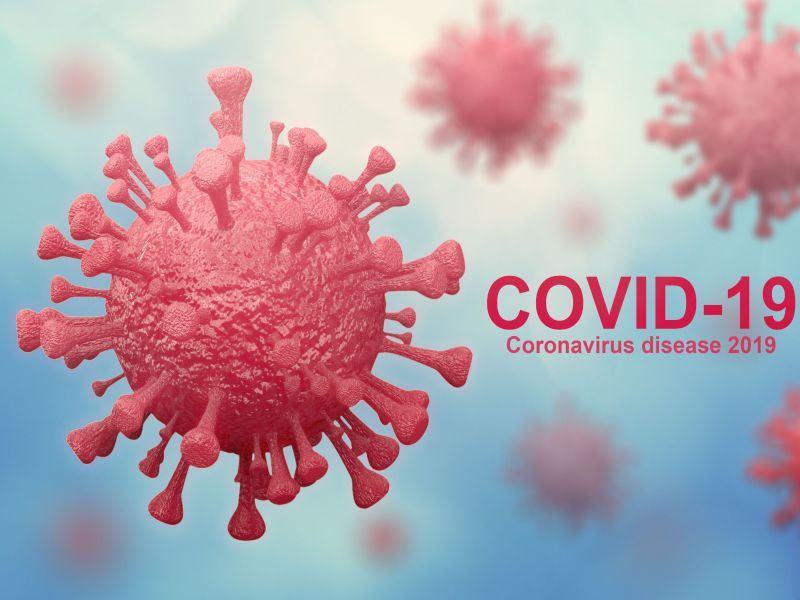 FRIDAY, April 3, 2020 -- As the number of coronavirus cases worldwide swept past 1 million and the United States saw its death count rise beyond 6,200 on Friday, the Trump administration said it will announce new guidance that urges many Americans to wear face coverings to curb the spread of COVID-19.

The recommendation is believed to apply only to those who live in areas hard-hit by community transmission of the virus and not all Americans, the Associated Press reported.

These face coverings can be non-medical masks, T-shirts or bandannas and they can be used while out at everyday shopping spots such as the grocery store, pharmacy or gas station, the AP reported. Medical-grade masks would be reserved for those dealing directly with the sick.

Any additional COVID-19 prevention measures are welcome, as the number of U.S. coronavirus cases surged toward 245,000.

More bad news came Thursday, as the U.S. Labor Department reported that 6.6 million Americans filed for unemployment in the past week.

For the second straight week, jobless claims have been record-setting, with the latest claims bringing the two-week total to 10 million, the New York Times reported.

Until now, the worst week for unemployment filings was 695,000 in 1982, the newspaper reported.

As the troubling numbers kept climbing, state officials across the country said they are running out of face masks, gloves and other protective equipment amid reports that the federal government's emergency medical supply stockpile is rapidly dwindling, the Washington Post reported.

'A bad two weeks' ahead

While Vice President Mike Pence warned that America's situation is most comparable to Italy's massive struggle with the virus during a Wednesday media briefing, President Donald Trump held out the possibility of potential flight restrictions between hard-hit areas of the United States, the Post reported. However, he noted that it would be difficult to entirely suspend air travel.

"I am looking where flights are going into hot spots," Trump said during the media briefing.

Such measures may be needed, as the White House coronavirus task force delivered a particularly grim statistic to Americans on Tuesday: The U.S. death toll from COVID-19 could climb to 240,000, even with social distancing policies in place.

During a media briefing, Trump warned citizens to brace for a "hell of a bad two weeks," the AP reported.

"I want every American to be prepared for the hard days that lie ahead," Trump said. "This is going to be one of the roughest two or three weeks we've ever had in our country. We're going to lose thousands of people."

Still, public health officials suggested that number could drop if everyone followed national social distancing guidelines to the letter.

"We really believe we can do a lot better than that," task force coordinator Dr. Deborah Birx said during the Tuesday media briefing.

The death toll in the United States reached 6,000 on Friday and it continued to outpace other nations with more than 244,000 confirmed infections, the Times reported.

New York remains the hardest hit area of the country. Nearly 2,700 people have died in New York, with more than 1,300 of those deaths in New York City.

On Thursday, Gov. Andrew Cuomo warned that New York could run out of breathing machines in six days.

"If a person comes in and needs a ventilator and you don't have a ventilator, the person dies," Cuomo said during his daily media briefing. "That's the blunt equation here. And right now we have a burn rate that would suggest we have about six days in the stockpile."

Meanwhile, the leaders of Maryland, Virginia and Washington, D.C., have issued stay-at-home orders for the more than 15.2 million residents of those three states, the Post reported.

While all three jurisdictions had already banned gatherings, closed businesses and schools, and urged people to stay home, the new orders are mandatory and breaking them could include fines and potential jail time.

In the face of rapidly rising coronavirus case numbers and deaths, Trump on Sunday backed down on plans to re-open the country by Easter -- instead extending strict social distancing guidelines for the country to April 30.

The legislation will send $1,200 to millions of Americans, including those earning up to $75,000, along with $500 per child. It will also give an additional 13 weeks in unemployment aid and a four-month enhancement of jobless benefits, the New York Times reported.

Hospitals on the front lines of the pandemic will also get $100 billion, the Times reported.

The help comes not a moment too soon, as roughly 90 percent of Americans are under stay-at-home orders, the AP reported Friday.

More than 2,000 nurses, along with 500 paramedics and emergency medical technicians, were joining the U.S. Navy and the National Guard to help New York's health care workers on the front lines of the pandemic, the Times reported.

Meanwhile, the home of the U.S. Open in Queens was being turned into a triage center, and hospital tents were being set up in Central Park, the newspaper reported.

Cases are just starting to spike elsewhere, particularly in the South: Louisiana, Florida and Georgia are facing alarming increases, with 23,594 cases and 630 deaths reported in those three states alone, the Times reported Friday.

Some health officials are warning that parts of Michigan and Illinois could be the next epicenters of the coronavirus pandemic, CNN reported. By Friday, Michigan has reported 10,791 cases and 417 deaths, the Times reported.

As different nations wonder what is in store for their citizens in the coming months, one glimmer of hope has emerged: China has lifted travel restrictions on the Hubei province, which was hardest hit by coronavirus earlier this year. Public transportation was re-opened this week in Wuhan, the city that was the original epicenter of the outbreak, the AP said.

The good news in China stood in sharp relief to what is unfolding in Europe.

On Friday, Spain reported a record one-day number of deaths, 950, bringing its death toll to nearly 11,000, despite signs the infection rate is slowing, the AP reported. Meanwhile, Italy recorded 760 more deaths, for a total of 13,900, the worst of any country, though new infections continued to level off. France recorded a running total of about 4,500 deaths in hospitals, with 471 in the past day, the AP said. But officials expect the overall toll to jump significantly because they are only now starting to count deaths in nursing homes and other facilities for older people.

In the meantime, the public lives of Americans have come to a halt, as the coronavirus pandemic has prompted officials across the country to close, cancel or postpone any event or activity that might foster the spread of COVID-19.

New York, New Jersey and California have been hard hit by coronavirus cases in the United States. New York has almost 93,000 cases, New Jersey has 25,590 cases and California's case count is nearing 11,000, according to the Times.

However, signs of hope emerged in Washington state, where strict social distancing measures may be contributing to a leveling off in new cases, the Times reported.

Meanwhile, Florida Gov. Ron DeSantis, has issued a 30-day stay-at-home order that tells nearly 21 million residents to stay indoors unless they are pursuing "essential services or activities," the Post reported. Florida now has more than 9,000 cases, with 144 deaths.

On Thursday, a cruise ship with sick passengers and its sister ship docked in Florida, NBC News reported.

Four people have died on the Zaandam, at least two of them from COVID-19. Nine others have tested positive and 179 more have flu-like symptoms, NBC News reported.

Once docked, nine passengers will be taken to a local hospital while 45 passengers who are ill will remain on board. Parent company Holland America Line will put foreign nationals on sanitized buses to take them to waiting chartered planes, NBC News said.

Asymptomatic passengers from the Zaandam have been taken to its sister ship, the Rotterdam. More than 300 Americans are aboard the ships.

Worldwide, the number of reported infections reached a grim milestone -- 1 million, with more than 54,000 deaths, according to a tally kept by Johns Hopkins University.

The U.S. Centers for Disease Control and Prevention has more on the new coronavirus.