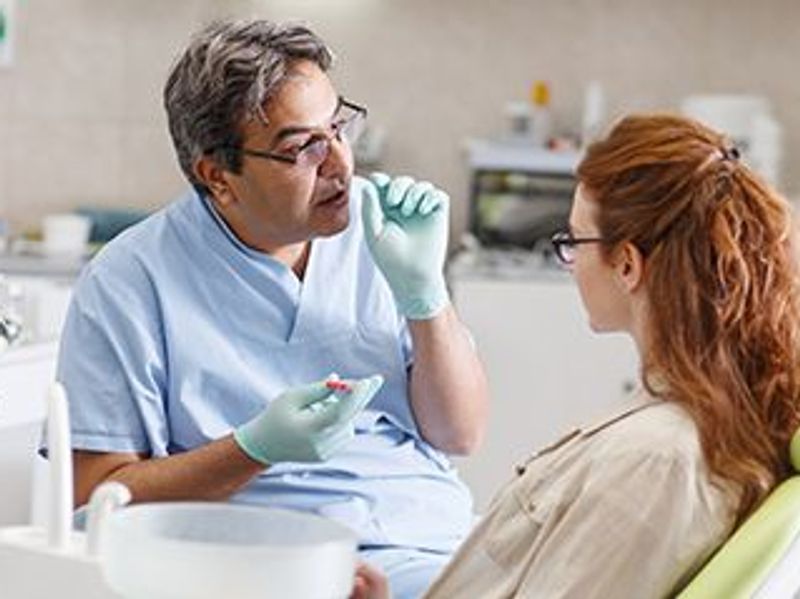 FRIDAY, Aug. 19, 2022 -- Many opioid abusers cite short-term, legitimate use of an opioid for relief of joint or dental pain as their "gateway" into addiction.

Now, research done at one New York State clinic finds that dentists can cut their use of opioids down to zero, using other painkillers for patients instead.

The end result: "No opioids were prescribed for dental pain from March 2021 to February 2022," reported a team of dentists at the University of Rochester Medical Center.

"Considering that 1,800 patients received more than 20,000 opioid pills annually in our clinic before implementation of the opioid reduction strategy, eliminating opioid prescriptions may mean that approximately 105 individuals annually will not develop new and persistent opioid use associated with treatment at our clinic," concluded the team led by Dr. Yanfang Ren. He is professor and clinical chief at the university's Howitt Urgent Dental Care.

They published their findings in the July 17 issue of JAMA Network Open.

An epidemic of opioid abuse -- everything from OxyContin and Percocet to heroin -- still plagues the United States. In response, medical specialties are cutting back on the use of prescription opioids, especially for the relief of short-term pain.

Dental pain is one of those scenarios. As Ren and his colleagues noted, "although the American Dental Association recommends nonsteroidal anti-inflammatory drugs (NSAIDs) for managing pain, opioids continue to be used more than non-opioids." NSAIDs include drugs such as Advil (ibuprofen), Aleve (naproxen) and Celebrex (celecoxib).

In many cases, however, patients cannot be treated with NSAIDs because of their medical histories, the Rochester dentists explained.

So they turned to what they called a "multimodal" pain relief strategy, "with NSAIDs, acetaminophen and gabapentin." It was hoped that this array of choices might fill the gap once opioids were no longer used.

"We hypothesized that using a combination of the non-opioid pain medications and adding gabapentin to the mix for pain would be an effective strategy to minimize or eliminate opioids for dental pain," Ren said in a University of Rochester news release.

How did it work out? The study team looked at prescribing practices at the clinic from March 2021 to February 2022 -- a time period when his team stopped handing out opioids in favor of the new regimen.

In prior years, more than a third of patients had been prescribed an opioid to ease their short-term dental pain, the researchers said. But not one of the almost 3,800 patients seen during the study period received an opioid painkiller.

Instead, most patients seeking relief pain after a dental procedure used a combo of acetaminophen (best known as Tylenol) plus ibuprofen.

Not only did most patients experience effective pain relief, the non-opioid painkillers typically performed better than opioids, the researchers said.

For example, the "failure rate" for acetaminophen/ibuprofen pain relief was just 2.2%, compared to about 21% of people who had been given an opioid in prior years.

The authors stressed that their study involved just one dental clinic, and a larger study is probably needed to make sure that a shift away from opioids is warranted for dental care generally.

Still, the addition of gabapentin -- long used to treat nerve pain -- into the mix gives patients even more options, the dental team believes.

"Gabapentin is not metabolized in the body and thus is safe in combination with other analgesics, such as acetaminophen or NSAIDs, providing a potential alternative to opioids, especially when acetaminophen/NSAIDs are [not advised]," Ren's group said.

There's more on dental pain at the American Dental Association.